Hara Bhara Kebab is a yummy starter and it is my favourite!!!.I tried it in a restaurant and later tried making it home and started making it in my own way to make it as healthy and tasty possible.It is actually a tikki or a patti made with boiled and mashed potato,spinach,boiled peas and some spices to make it tasty.I pureed the blanched spinach so that it is rich in colour and appealing to the eyes.I think it is good idea to include some greens in a starter!!!!coming to the recipe.... 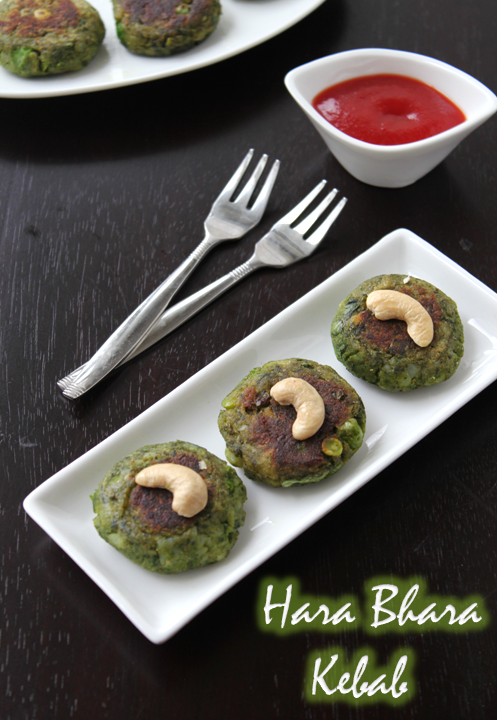 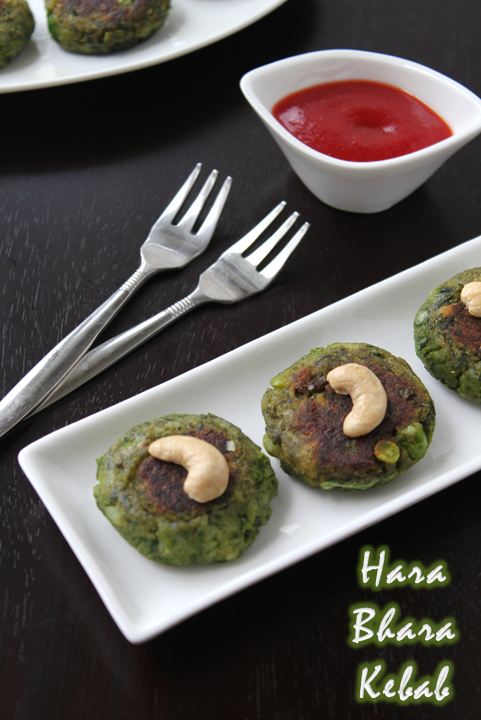 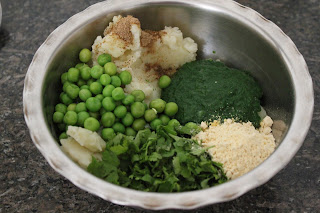 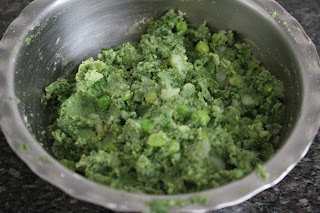 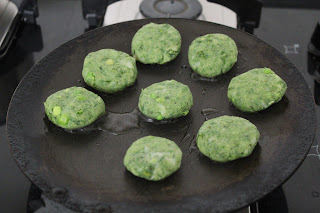 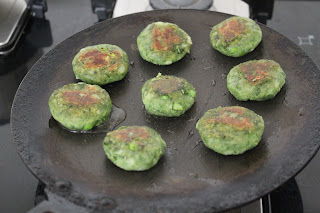 Enjoy it as a starter with tomato sauce, tamarind  chutney or a yogurt dip when it is hot. 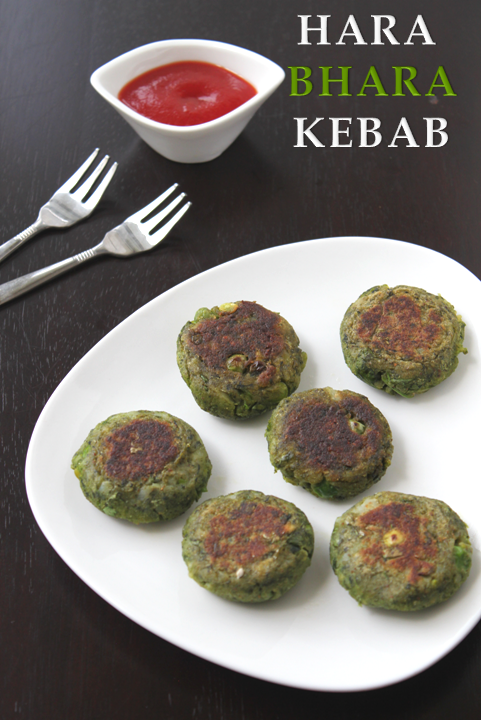 Email ThisBlogThis!Share to TwitterShare to FacebookShare to Pinterest
Labels: STARTERS

Its a very easy to cook food