I saw this recipe in a magazine recently, it  looked quiet interesting to me so I thought let me give it a try.Technically it is somewhat same as palak paneer because the gravy is the same and paneer is also the same except that it is made in to a kofta in this recipe which makes it different and more tasty.It came out quiet well.It will taste great with some Nan's.
The original recipes says to add some cashew powder in the gravy(palak)at the end but i didn't since it was already rich and fried koftas in it so i just skipped that step.You can try if you want to!!! 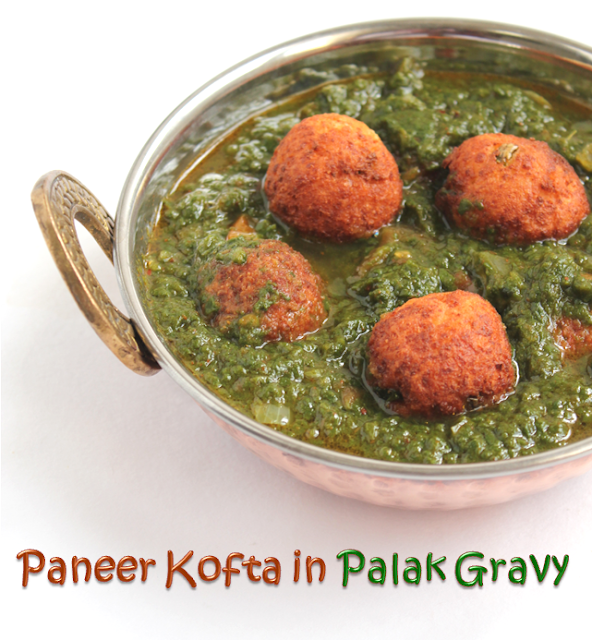 1.Wash,chop the palak and boil it in water with Salt. 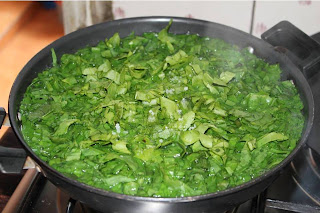 2.Cool it and remove the excess water and Puree it in the blender. 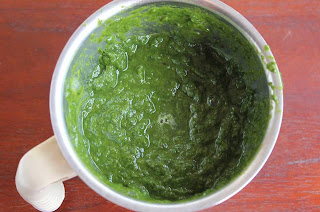 3.Boil milk in a vessel when it starts boiling add lime juice,when the paneer separates from the water filter it and squeeze the extra water.crumble the paneer,add some salt,finely chopped green chilli,two tbs of Maida or flour and make small dumplings. 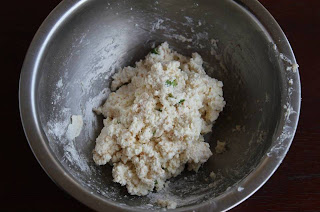 4.Deep fry the dumplings in oil. 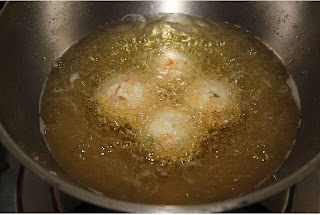 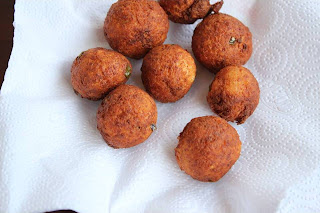 6.Heat oil in a pan crackle cumin seeds add onions and fry till brown.add tomatoes and a little salt so that it gets mushy.Once tomatoes are cooked add the palak puree.Add salt,turmeric,chilli,coriander,cumin and garam masala powder.boil for few minutes and slide in  the koftas slowly. 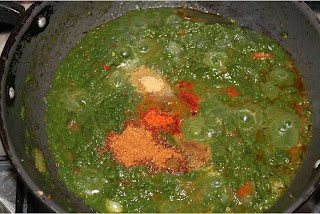 7.If you want the koftas crisp add it to the gravy just before serving.
Enjoy with any type of Indian Bread. 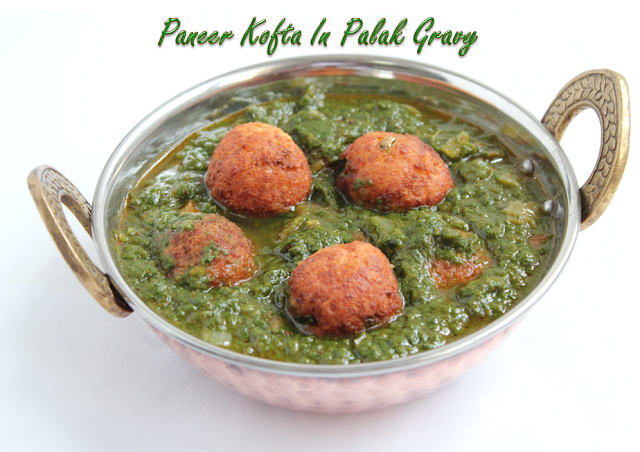