Cucumber raita called  Vellarikkai Thayir Pachidi in Tamil is nothing but chopped cucumber in yogurt with green chillies and salt. It is made in different ways in north and southern India.The North Indian version  is an accompaniment to Oulaos and Biryanis,but in the south it is an accompaniment for the south Indian gravies and it is part of most of the festival and wedding menus.

You can either shred the cucumber or chop them into small pieces,remove the excess water and mix it with the yogurt and chillies. The traditional way of making is make a paste of scraped coconut and green chillies and mix it with yogurt and add the chopped cucumber and Temper with mustard seeds and garnish with coriander leaves.That is how i made it!!
When you make a spicy gravy this is a perfect accompaniment!!!Today being Thiruvadhirai I made the ezhukari Kozhambu which is really heavy so just made a raita to go with it! 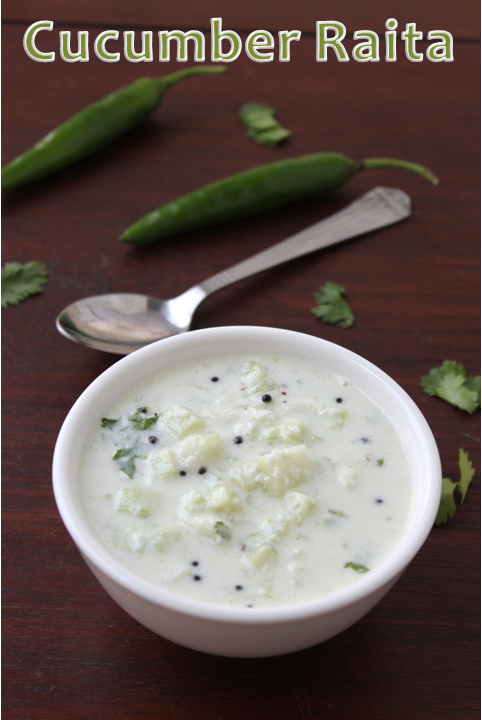 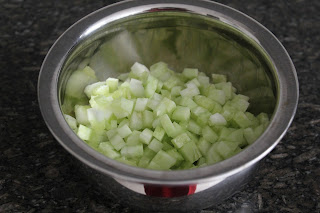 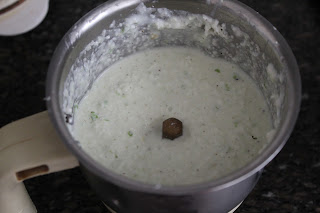 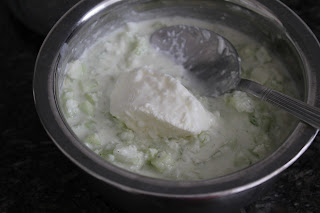 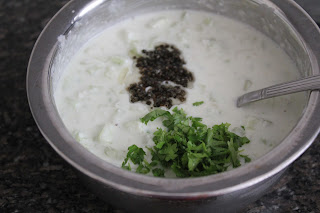 Enjoy it as an accompaniment! 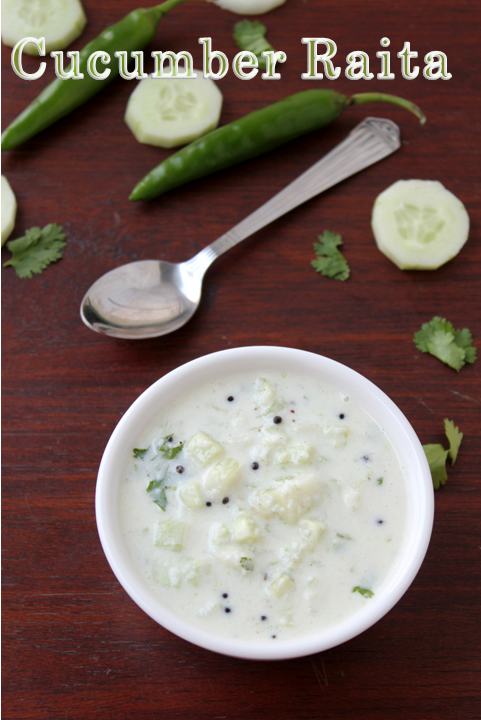 If you are preparing it earlier, you can refrigerate till the meal time.

Email ThisBlogThis!Share to TwitterShare to FacebookShare to Pinterest
Labels: Raita

Love your blog and I am happy to pass on the " Very inspiring blogger" award to you .

Almost forgot this item for a while. Its a worth addition in this hot weather. Thanks mmadam for a bful presentation.

Thanks for sharing valuable information, this is the best article which I have ever read, Here I’m sharing best “Homemade food online delivery” details, just go through it.
HOMEMADE FOOD ONLINE DELIVERY
HOMEMADE FOOD DELIVERY